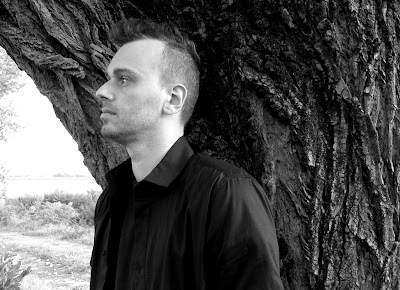 Q: Can you tell us about your pre-Fax musical projects, please?
A: I started to play music in the early ‘90s, with some rock bands but I've always been interested in electronic music. I released my first album in 1996:  Isolazionistic w.o.r.l.d. and it was a DIY production, so only 50 copies. Then I started to work as producer in some studios for different projects and different sounds from chill out and ethnic to electro and industrial music. 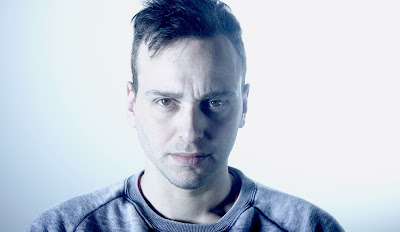 Q: Can you remember where and when you first heard music on the Fax label?
A: Of course, The first time was on a radio radio station. The show was from 2am to 4am only ambient music, every night during the week. I always went to sleep with my headphones on. Then I discovered some Fax albums in few independent record stores in my town.
Q: Which Fax albums are your personal favourites? 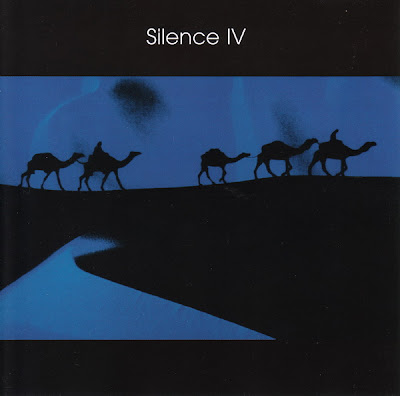 A: Hard to say.  I’m a big fan of Fax, so here are some of my favourites:
Namlook - Silence (all of the series), Spyra - Invisible Fields, Jochem Paap – Vrs-Mbnt-Pcs 9598 II, Pete Namlook & Geir Jenssen - Fires of Ork II, Air - Air (I -V), Dreamfish – Dreamfish 1 & 2, Gate Zero – Tides, Namlook XXVI - Pearl IV, Mick Chillage – FAXology, Peter Benisch - Waiting For Snow.
Q: How did you first make contact with Pete Namlook and at what point did he suggest releasing your debut solo album?
A: The first contact was in 2007 when I worked as producer for Tying Tiffany's album Brain for Breakfast. She was looking for an ambient track to complete the album, so we made State of Mind. Then we tried to contact Pete to ask about a collaboration and he enthusiastically said yes! Then I started to share some ambient tracks and finally we get a track list for Black Ivy together. 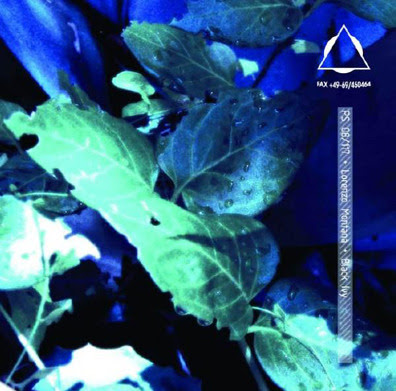 Q: Black Ivy seemed to blend some of the traditional Fax sounds (specifically those evoking nature) with some fairly radical new directions. The music is full of very crisp, contemporary sounding rhythms and also sounds fairly tightly focused. Do you have any particular musical influences that you feel helped to shape your sound or is this simply an approach that you found worked for you?
A: Black Ivy was born from what I feel like in my past years. There are many influences in my sound that come from what I listened during my music research. The Fax sound is obviously one of those. I was also fascinated by the sound of Stephan Micus (ECM), Autechre, Wally Badarou, Omicron and some releases of Silent Records and Kk but I'm very open and I listen and like all kinds of music.
Q: We have a sort of song on the album with Erasing You, which is not something one tends to hear on Fax albums. How did that collaboration come together?
A: I met Chelonis R. Jones during the producion of 4Gotten Floor's album. He listened to the instrumental of Erasing You and he tried to sing on it. Well, I was in love from the first time I listened to his voice. The sound was incredible; something like an experiment between the ambient/Idm sound and a real song! Pete was very opened too and he wanted this track as the opener for Black Ivy. There is also the version of Erasing You from the 4Gotten Album - less IDM and more electro.
Q: Looking at many of the titles it seems as if walks through a forest or woodlands influenced the music. Would that be true?
A: Yes, true. I feel a lot the woodland and forest universe in my music. I find something mysterious and magic in some lifeforms and I like to describe them with the music.
Q: …and your second solo album, Serpe was influenced by a religious ritual involving snakes? All of the tracks seem to be named after types of snakes. Could you explain a little about this concept, please? 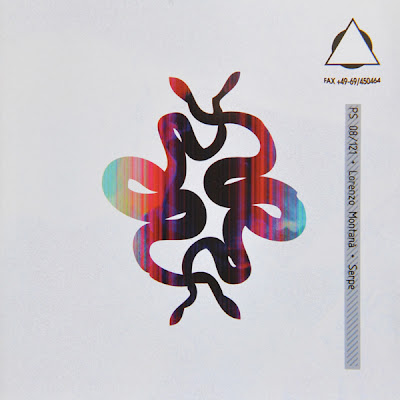 A: Well, it came from when I saw some videos of La festa dei serpari. It's a kind of weird religious ritual from a small mountain village in Italy. For La festa dei serpari snakes are collected and wrapped around statues of St. Dominic in the hopes of being cured of various ailments. Afterwards the snakes are returned to their natural habitat. I like the side of music that lives off certain moments as a soundtrack and this story caught my attention.
Q: At what stage did Pete Namlook suggest collaborating for what became the Labyrinth series? 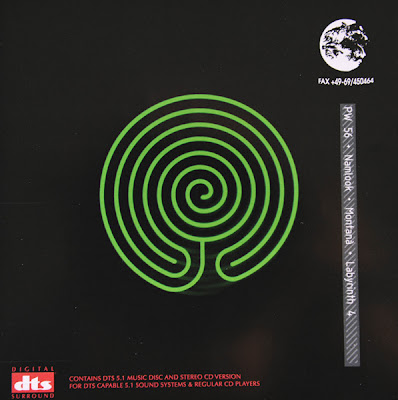 A: After Black Ivy he ask to me for a collaboration via e-mail. It was a real big honour for me!
Q: How did you tend to work on the Labyrinth records? Did you work in the studio together on these projects or bounce ideas backward and forwards online? Did you ever visit his home studio and if so what was it like?
A: Both. We shared the tracks via e-mail and I went to his studio two times to work on Labyrinth. His studio was totally awesome, with a stunning collection of analog synths that I had never seen in my life. It's based in the middle of the forest. The landscape and the atmosphere was incredible!
The funny thing was during Labyrinth 3 he asked me to come to my studio to work only with Virtual Intruments. He was intrigued by the way that I had to find sounds and compose the line for Labyrinth. I laughed and said, you're kidding, right?
Q: Is there a concept (and/or) inspiration behind the Labyrinth albums? Did the title Labyrinth come from anywhere inparticular?
A: The Labyrinth was inspired by a radio show I listened in the ‘90s, called Il Labirinto, created by DJ Steeve. The show mixed ambient tracks with sentences taken from science and marketing books. It was conceptualised as a labyrinth, where all of the tracks were a path and at the end a voice said: “At the end of the labyrinth, the universal dimension of your mind.”
Q: Five Labyrinth albums in fairly quick succession. That’s a big body of work and I think many Fax fans would probably agree that the fifth record is just as good as the first. Yourself and Pete must have been passing material backwards and forwards fairly constantly for a period of time?
A: Yes we worked hard! I found in Pete a very good musical feeling. We both worked fast and we never lost the direction during that time.
Q: Listening to the Labyrinth material it sounds as if you prepared many of the rhythms and the textures of the tracks and Pete then added to this. Would that be an accurate assessment or is this an over simplification of things?
A: Talking in general I mainly worked on the rhythms and bass line and Pete on the textures and synth leads.
Q: What are your memories of working with Pete and what do you feel that you learnt from him? 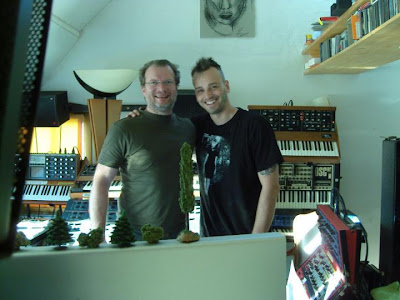 A: I have wonderful memories. First of all his peace of mind, his calm. In his studio there was often confusion, but he was very tidy in his mind. I remember he tuned analog synthesisers with guitar tuners, which I had never seen before. I didn't know that he was an amazing jazz guitarist and it really surprised me. I felt like a child abreast an absolute legend of music and I did always have questions about his way of working. I'll remember these moments forever.
Q: I think we’ve all been shocked by Pete’s untimely passing but he has undoubtedly left an amazing legacy. Can you pay tribute to the great man: his personality, his music and his label?

A: I can say that I met someone really amazing, with a great human side. A true musician who did not care about the success or media attention and a friend who has left us a vast musical heritage.

Q: Your new album, Eilatix is coming out on the Psychonavigation label in May. Could you tell us about this, please? Is there a concept to the album or a theme running through the tracks? 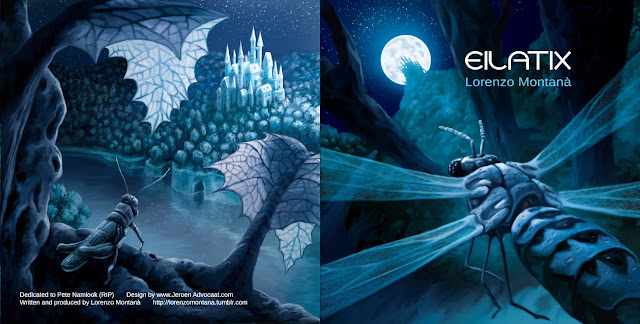 A: It's my first release on Psychonavigation Records and I've very excited, I enjoyed some of their releases like Lackluster, Mick Chillage and Gel-Sol. The main theme of  Eilatix is still the world of nature and life forms of an island. It can be considered a continuation of Black Ivy.
Q: What can we expect from the music? 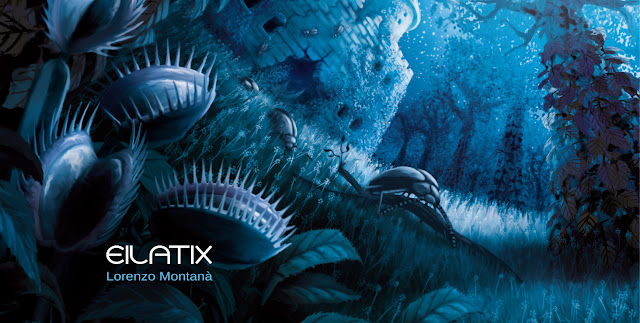 A: There are different things than I have done so far; new structures and sounds. But my brand is the same: a touch of IDM with the rhythmic and melodic bass line. 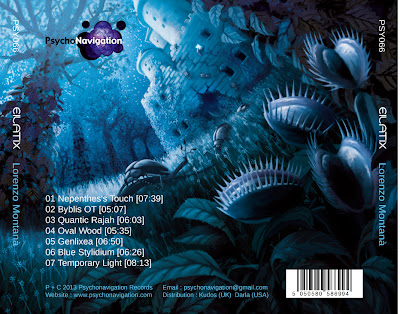 Q: Do you have any musical projects in the pipeline for the future?
A: Well, I'm working on new projects, an album of T.T.L. (Through the Lens) with Tying Tiffany, where we compose the music for cinema and movie trailers, like The Hunger Games, Coriolanus and Battleship. I have also started to work on a new ambient album; totally different from my style. 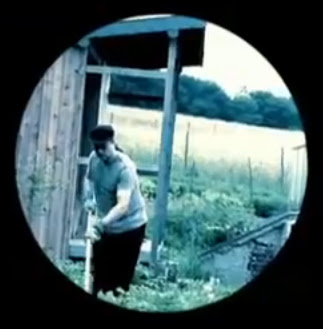 Before our interview concludes Lorenzo says...

I would like to add a little curiosity that no-one knows. I made this video because Pete during the last period had started to produce honey and it was probably one of the best I have ever tasted, so I did this video as a personal memory to him:
http://www.youtube.com/watch?v=TXIspgr5jgM


Super-mega thanks to Lorenzo for patiently answering my questions and also to Keith Downey of Psychonavigation Records for kindly allowing me to use promotional images and the artwork from Lorenzo's forthcoming release, Eilatix.

Eilatix will be released in May 2013 as a limited edition of 300 copies and is available to pre-order here:

http://www.zerokilledmusic.com/#T-T-L
Posted by Christian Wheeldon at 13:59