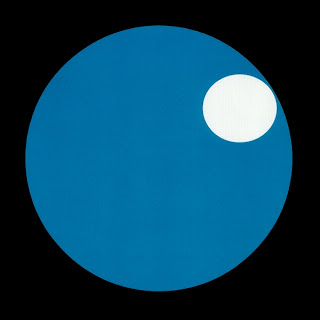 If we put the superb Silence, a collaborative album with Dr. Atmo, to one side Air marks Pete Namlook’s first fully-fledged solo excursion in to the world of ambient or environmental music. In some senses Air could be described as a concept album. Whilst few words are spoken the central theme is of two people searching for love and finding one another. Where Air becomes particularly poetic is when much of this search is described in elemental terms with breezes, wind and storms used as a metaphor for the unfolding events.

Interestingly every track is prefixed by the word ‘You’, thus putting the listener at the centre of events. The album begins with Wind, presenting an ominous drone that advances and recedes, as if the darkest and most threatening of storm clouds are gathering. Much of the music on Air is fairly seamlessly glued together by drones, a musical evocation, perhaps unsurprisingly of...the air: wind, breezes and approaching clouds. A guitar chimes away on the same note repeatedly, wind chimes very gently jangle and a howling wolf does nothing to dispel a rather intense sense of drama. 1st Impression delivers a snaking synthesiser line and a subtle Latin cha-cha rhythm but the mood is still rather tense, as a drone alone is briefly reintroduced with Breeze. 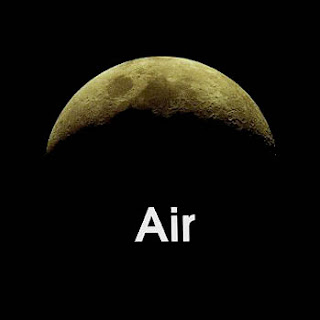 Je suis triste et seul ici (I am sad and lonely here) introduces a spooky, ethereal and almost operatic female vocal. Masterfully manipulated, using a synth, this seems to wobble, adding considerably to the already strange atmosphere. Set against all of this Namlook’s musical background is brought to the fore with the use of a light jazz rhythm. This is an unusual mix of textures and styles but to Namlook’s credit it all meshes together perfectly.

Spiritual Invocation arrives with a warm and welcoming sweep of wordless female vocals. It is as if angels have appeared with a message from the ether. If the story of Air centres around the crucible in which love is forged then Arc is the moment at which this alchemical process actually occurs. Translated from French in to English (several of the albums other tracks are, of course, provided in French) arc means gateway, bow or longbow. Is this the point at which the cupid shoots his arrow, ushering the lovers through a gateway to another state of being? If love is born on raging storms then Arc is that state of fierce turbulence. What has been a breeze or a gentle wind now surges forth at force 10. The spirit of (so-called) Krautrock is writ large here, as the tense atmosphere spills into a bubbling, percolating, driving sequencer pattern and what sounds like a manipulated Mellotron male choir. A 4/4 beat, introduced as the piece progresses only adds to the relentless, elemental momentum. In many ways Arc is the centrepiece of the album and with its monolithic chords the title of the subsequent drone, Mystical Appearance seems to confirm that love has indeed arrived. 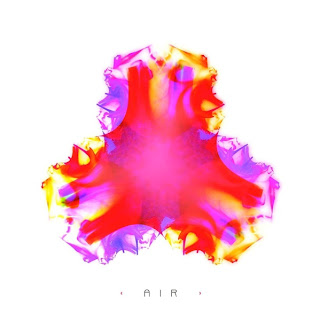 Chaque ligne de ta peau fut aimée (each line of your skin was loved) reintroduces gentle jazzy rhythms and more snaky synths and an insistent throbbing electronic bass line gives the music some momentum and weight. Dazzling, pitch bent keyboard work echoes the strange, lopsided female vocals heard earlier and an ethereal choir sound is re-introduced. Air concludes with Lost in Passion. The buzzing drone that has knitted much of the album together is back and a middle-eastern keyboard line hints at the ground that the next album in the Air series will traverse. Towards the end of the album many of the musical themes converge, as with Jean Michel Jarre’s Fifth Rendez-Vous. Finally, as the line: “Chaque ligne de ta peau fut aimée” is uttered several times by a female voice the album draws to a close.

To this listener’s ears Air is one of the great masterpieces of the ambient genre, managing to sustain a unique atmosphere throughout its 60-minute duration. This album cemented Namlook’s reputation as a force of nature in the world of electronic music and he arguably managed to match this record’s achievements with Air II, the following year.