Q: You’re from an artistic background. Can you describe your early years and the influences that may have encouraged you to gravitate towards art and music?

A: Wow this is going to be a LONG…interview… My dad was the biggest influence on me and still is. He is a painter www.johnuzzelledwards.co.uk and he dragged me kicking and screaming into galleries and museums from about six months up until the present day. We moved to Rome in ’68 because he won an arts fellowship and the art education carried on in that vein from then until now. 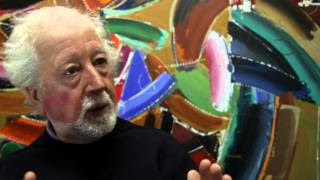 Q: Am I right in thinking that you moved to San Francisco in 1990? Why did you choose San Francisco and what influences do you think the place had on your life?

A: Yeah I broke free of Thatcher’s vice-like grip on the UK and left to go skateboarding in San Francisco. I stayed there for 10 years, it’s that kind of place…I got into graffiti and street art out there, and got well into electronic music - those two things are the two main focuses on my life. I also was a sperm donor out there so I have about 12 kids on the West Coast. I hope to meet them some time it would be cool. 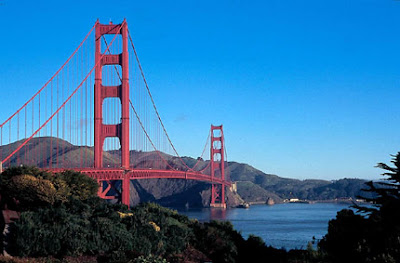 Q: When did you first become aware of Fax Records? …and this may or may not be a separate question: How did you first have contact with Pete Namlook?

A: When I was out in San Francisco I started LOVING The Orb and thought: man! More people need to hear this music so I started doing chill out rooms and I became aware of Fax from looking for music to play out. The local SF record stores had started to stock them but I needed MORE. So I got in touch with Pete (Namlook) and invited him out to San Francisco. He loved it out there. I guess it was a lot different from Germany and we became friends. He also hooked up with Jonah Sharp and did some music with him, and came and played at a weekly chill out club I was running with my DJ buddy Darkhorse. At that time there was a massive explosion of club culture and electronic music out there. We had a fun time, for sure. 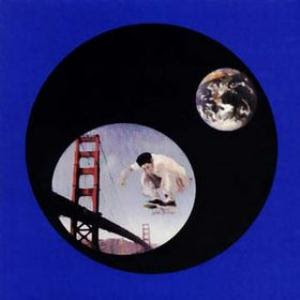 Q: The two Create albums were recorded in San Francisco and the A New Consciousness albums in Frankfurt. What are your memories of recording in both cities? What was recording with Pete like and can you remember your working methods when you were in the studio together? 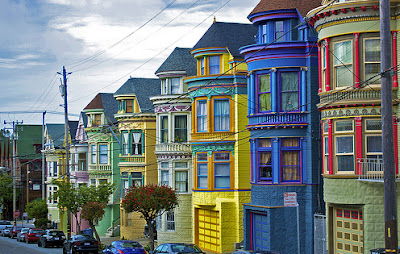 A: When I think of recording with Pete in San Francisco I think of putting contact mikes on windows and using the sound to make a drum, recording a crazy-ish guy on Haight Street or recording a beat underwater in the bath, trying to replicate what it sounds like to listen to music underwater. Most of the equipment I brought to it was stuff I found in pawn shops in the Mission District in SF, old school Alpha Sentauri music computers from actual old schools, defective drum machines and sequencers that I only half understood how to use and Pete brought a James Bond style music case with keyboards and doo-dads. In Frankfurt we used a big Briar Theremin, a kind of Jean Michel Jarre light beam instrument, lots of Oberheims and some pretty hi-tech things to make the sounds, having a break at a certain time every day. 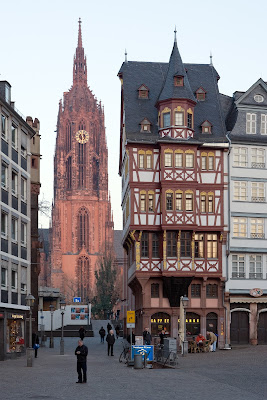 I also remember going out recording in the Frankfurt Cathedral with a really nice stereo mic and revelling in what it sounded like back in the studio. This was the kind of vibe of both collaborations for me. I remember also hanging with him in his studio in Traban Trarbach on the Mosel. He was quite committed to growing the perfect beetroot. Which kind of relates to the quest for the perfect beat. I remember bumping into Bill Laswell or Richie Hawtin out there. It was really good fun.

Q: Your Octopus albums seem to be a mixture of found sounds or environmental recordings with electronics, some dub influences and lots of titles revealing rather a quirky sense of humour. They offer quite an immersive experience. What do you remember about putting each of them together?

A: It was an environmental music vibe. Once I had walked back from a party and heard paper in the street or the sound of birds flying past and I realised that EVERYTHING was music. This was the main Octopus vibe. I liked wiring my lowrider bicycle up with a DAT recorder and a stereo mike and just recording a ride through the Golden Gate Park, weaving around a fountain… that was just awesome… 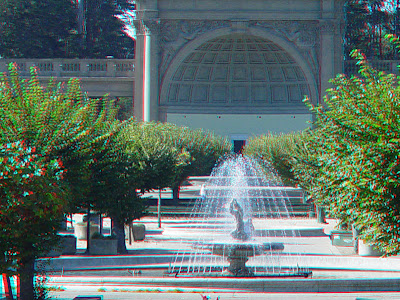 Both the studios I recorded in were kind of octopus like in configuration, there was a main computer and then it led out to about eight arms…keyboards, drum machines, sound boxes, DAT players. One was in San Francisco and one was out in a forest over the Golden Gate Bridge in the hills of Marin. That was a really idyllic place to work. The two studios really created the feel of the music. In the city I had to create a lot of white noise first to blank out the sound of the city BEFORE I could make music, and in the natural environment I could just make one sound and just let it hang for a while, while a squirrel walked by and popped his furry nose in to see what I was up to. One night I left my record box out in the lane outside my apartment and the next morning it was still there. Imagine that EVER happening in the city. It would be gone Daddy-O in SF. 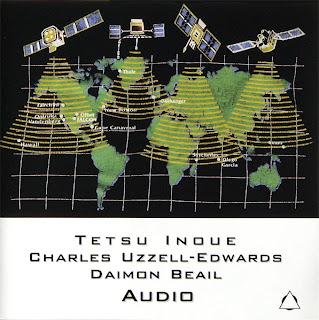 Q: What was recording with Tetsu Inoue for the Audio album like? How would you say it differed from working with Pete?

A: Tetsu is an amazing artist. Working with him was a blast. It was different because he was more computer-based. He’d put the architectural plan of a modern train station into a computer program and PLAY the building…stuff like that which is kind of mind blowing. I think I used to be an old Japanese man in a past life and so I know it when I say he is MEGA Japanese in his temperament and I really liked that. He is just a brilliant dude. He IS his music.

Q: I read somewhere that Pete Namlook saw San Francisco as something of a spiritual home. Do you think that’s accurate? If that is true what do you think he loved about it? 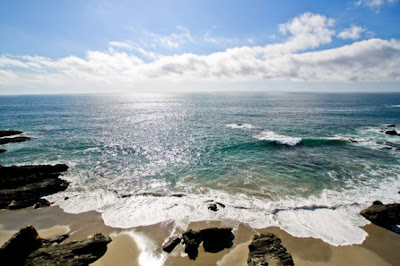 A: I think after hanging out in Frankfurt where the grumpy neighbours would leave rude notes on his door saying things like 'your music is bad music etc.' the contact with groovy San Francisco was quite marked. We also spent a lot of time going out to the countryside and visiting beaches and looking at nature. Northern California is a paradise…and a playground. In SF electronic music was really going off big time…I know it was too in Germany but it was the kind of heady psychedelic freedom of the West Coast that was a perfect place to listen to his music. People loved it. I know that from experience playing it to ravers. Drop the opening moments of Dreamfish into the mix with a bit of spoken word from Terrence McKenna and a bit of Terry Riley? BLAMMO! 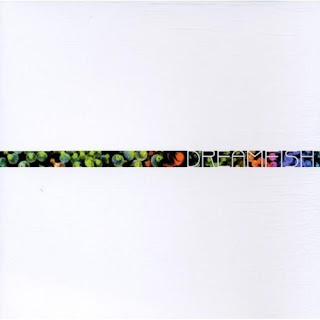 Q: Do you have a favourite Fax album or albums?

A: Dreamfish…an amazingly inspired collaboration and Shades or Orion. What’s always a buzz is hearing the collaboration albums and seeing what it comes out sounding like…

Q: When did your interest in graffiti art start?

A: I saw TWIST (Twist is Barry McGee, a San Francisco painter and graffiti artist – ed.)

Q: Can you tell us about your art and musical projects under the Pure Evil banner, please? 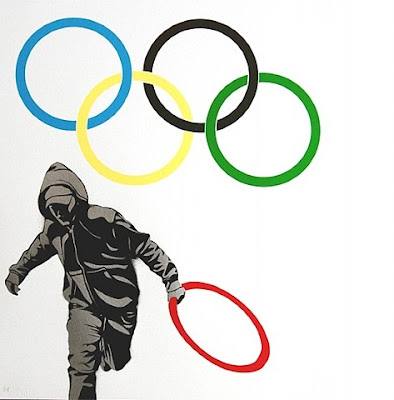 A: I run the PURE EVIL GALLERY and I make art under the name PURE EVIL. It’s a lot of fun…its all here…. http://www.pureevilclothing.com/ It’s a dictatorship not a democracy and I like that. I can do whatever the heck I like which is brilliant. I have been very successful and I have also been very lucky. Like being in San Francisco in the ‘90s, landing back in London in the ‘00s was very good timing. Right place, right time and all that. 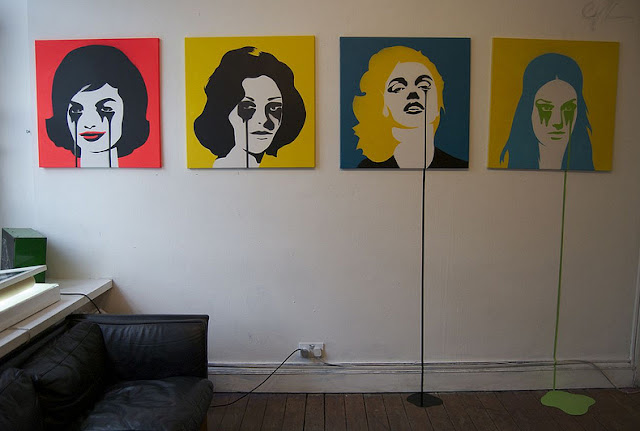 Q: You have a new album, A New Dawn, coming out on the Psychonavigation label in late July. Android, the track I’ve heard fizzes with energy. Is that a fair reflection of what we can expect from the whole record?

A: Yeah it is. I have been able to put a lot of time and hours on eBay building up an amazing assortment of musical instruments. I have been getting to grips with the guitar, and ‘tuning’ things, and drumming and there’s no computer in the studio, which is not really the done thing for electronic music these days, but I want to have a unique sound. Inspired by Pink Floyd, and CAN and NEU with a bit of LIARS and STEVE REICH thrown in.

Q: And finally how would you pay tribute in words to the great Pete Namlook? 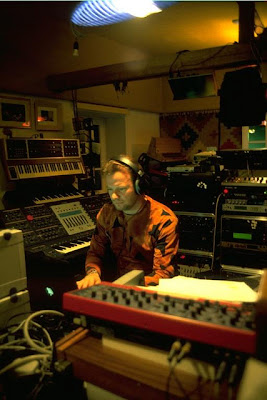 A: I was so GUTTED when I heard he died. I figured we would have so many more conversations together in our long lives…it’s unbelievable that he is not around anymore. He was a musical pioneer and he gave himself to so many people throughout his music and his collaborations. I learned SO MUCH from him as did so many people. Now he has gone to the big gig in the sky and I hope to jam with him again up in the clouds. Energy cannot be created nor destroyed and his electronic energy is going to live on forever in the form of the amazing music he made and the energy he has created between people…LEGEND.

I have done a piece in memory of him, which will be coming out on a compilation soon. I hope it’s a suitable tribute. It’s called KUHLMANN.

Massive thanks to C.U.E. for patiently answering my questions! To check out some of the latest Pure Evil music please follow this link:  http://pureevilgallery.virb.com/music

Posted by Christian Wheeldon at 06:26