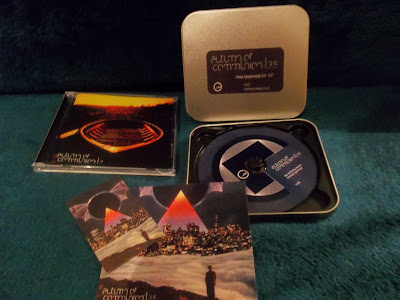 Greetings, pop pickers! Hope all is well in your worlds. While I wait for the latest interview to come back to me (the interviewee is checking the tape transcription because a handful of words couldn't be discerned from the recording) I thought it might be nice to talk about some of the music I've been enjoying in a big way recently....which brings us to what I call The Autumn Collection - that is some of  the more recent releases from those Autumn of Communion chaps Mick Chillage and Lee Anthony Norris. Now, as most of you will know the last album released on Fax was the stunning Autumn of Communion, a record that was somewhat bucolic but also seemed to drift off into the cosmos. A starry night in the forest, perhaps? Since then we've had Autumn of Communion 2 and most recently on Norris' own ...txt record label Autumn of Communion 3 and also 3.5. I don't know if it's my imagination but each successive collaborative release from the AOC guys seems to float further into space. Number 3 in the series is a beatless affair that charts the deeper reaches of the great black beyond and the extremely limited edition 3.5 takes one of the tracks from their third installment, Rhea, and stretches/treats/remixes it pretty much beyond recognition. One long, cosmic expanse of music, clocking in at 56 minutes. Excellent stuff!

The physical copies of both of the latest AOC records are sold out but you can find digital versions on Bandcamp here: 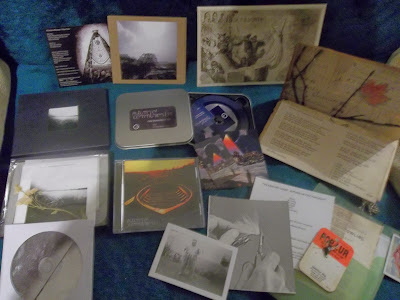 Other albums I've been enjoying recently have included Lee Anthony Norris' collaboration with Porya Hatami, Every Day Feels Like a New Drug:


This is a very gentle, pastoral affair and after listening I find myself wanting to dig out my Hans-Joachim Roedelius records, which can only be a great thing.


The Angling Loser, on the other hand, is a sort of concept album, starting with Dawn and working its way through 24 hours until the music arrives at the beginning of another day. All of this paints images of reflective moments by the waters edge and it is a truly lovely effort. The deluxe version comes with a disc of remixes by Stormloop, Porya Hatami, Solipsism, plus others and much praise must also go to Colin Herrick of Time Released Sound for producing some of the most elaborate packaging you're ever likely to see for a CD. See here:


His packaging for the splendid Winter's Fire by Ashes of Piemonte (another Lee Anthony Norris collaboration, this time with Wil Bolton) was equally amazing:


Whilst I'm discussing the Ashes of Piemonte I'm just getting to grips with their second album, a double CD titled Datura Notes. Four very lengthy, lush, drone-based tracks. Dense, yet very chilled out and with plenty of musical detail along the way. A beautifully textured record. The physical releases of both of the Ashes of Piemonte albums are sold out but you can get the digital versions here: 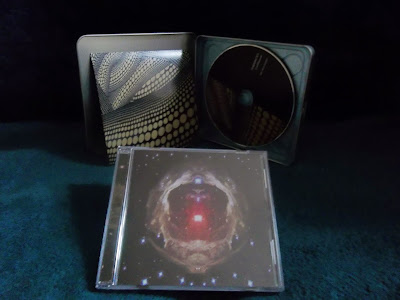 ...and a couple of days ago the second Ishqamatics (a collaboration between Lee Anthony Norris and Matt Hillier) CD, Spacebound popped through my letterbox on it's travels from Italy. I'm listening to it for the first time right now. Whereas their first record, Earthbound featured some rhythms (albeit subtle, inventive ones) the second installment does exactly what it says on the tin, gently drifting off through the ether to beatless destinations unknown. There are also some recurrent themes here and there, nicely connecting the two records. Basically if you like Autumn of Communion then I'd imagine you're going to go for both of these albums in a big way.

Get your copy of Earthbound here:

The physical release of Spacebound is currently sold out but no doubt it will be getting a digital release soon.

Lee Anthony Norris' ...txt is undoubtedly a real label to watch in this post-Fax ambient world and you can keep up-to-date with the releases here:

...plus keep up with the man's myriad projects on various labels here on his tumblr blog:

Here's a sneak preview of Autumn Star, from the forthcoming  Lee Anthony Norris project Echo Ark (to be released as a Nacht Plank album):

With Die Welt ist Klang, a mammoth Pete Namlook tribute box set coming soon we also have Mick Chillage's next CD Saudade to look forward to in the not-too-distant-future. Check out a sound clip here:

Moving away a little from Autumn of Communion and connected projects Carpe Sonum is also now serving up Thomas P. Heckmann's The Lost Tales Vol. III. 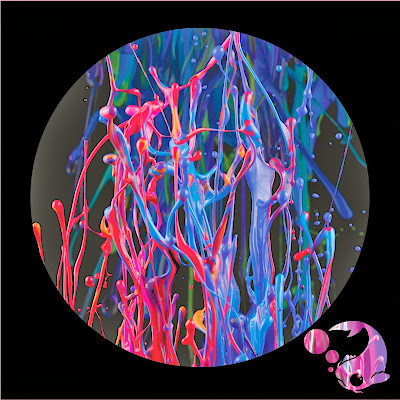 ...or if, like me, you live in Europe a release is imminent through Kudos Distribution. See here:


So, what next for the NMLK blog? Well, as mentioned previously there is a very exciting interview coming soon and I hope to be getting back to doing some reviews of Fax and new releases soon, even if they will probably be shorter than before. I'm playing around with making a bit of electronic music myself now, so the weekends seem to get eaten up quickly. Anyway: I'll be back again soon. In the meantime enjoy all of the great Fax and related music out there!
Posted by Christian Wheeldon at 07:43 No comments: 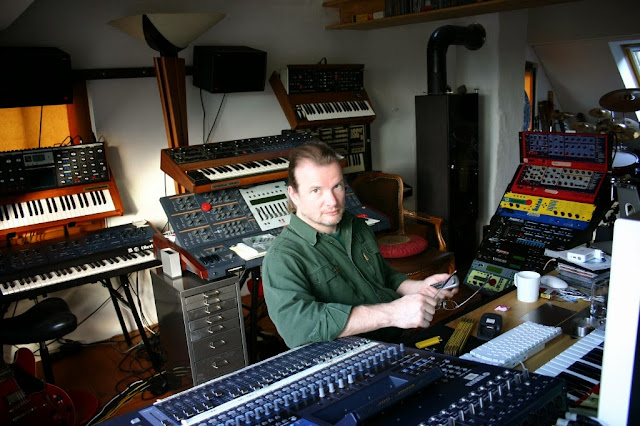 One year on. Gone but not forgotten. The music lives on.

A very special interview will be coming soon to NMLK as a tribute to the great man.
Posted by Christian Wheeldon at 14:11 No comments: