The following responses to my interview questions were received from the New Composers via e-mail on 29th January, 2015.

Q: OK: First of all how did you discover ambient music in Russia? Who were your earliest influences? 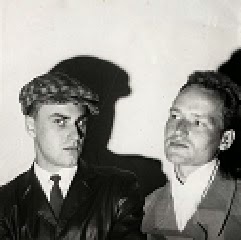 Early ambient music? We listened to Brian Eno since the beginning of the '80s. We loved his work and wrote him a letter in 1985 and later Brian visited the USSR. He came in '87 and we personally met him for a short time in Leningrad.

Q: How did you become aware of the Fax label and when did you first have contact with Pete Namlook? Did you contact him first or did he approach you? 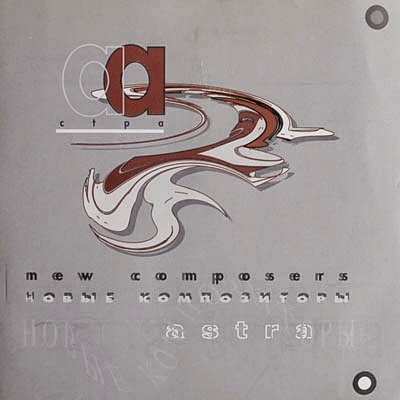 A: With Pete? Our Finnish friend E. Rislakki, producer of our Astra album in 1996 introduced us. He sent Pete our album and he liked it, so he offered for us to release our music on his label and to collaborate with him too.

Q: I think I'm right in saying that Planetarium was your first Fax release in 1998. Was there a concept behind the album? Was the music actually recorded for a planetarium or was this simply a nice album title? 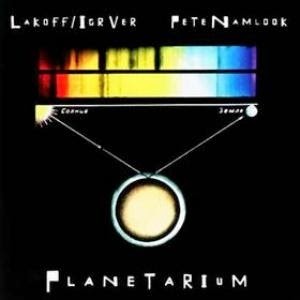 A: Yes. Our first joint project of Planetarium in 1998 we have because we discovered The Science Fiction Society at the Planetarium in 1988, where we wrote the music for lectures and performances for children until 1992. 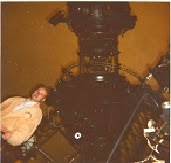 Q: Was the bulk of the album recorded at Pete's studio in Traben-Trarbach?

A: We sent our recordings by post, he recorded his parts and then published on his Fax label.

Q: Did Pete ever visit you in Russia?

A: Sadly Pete never came to Russia but I came to his studio in 1999 for a recording project. 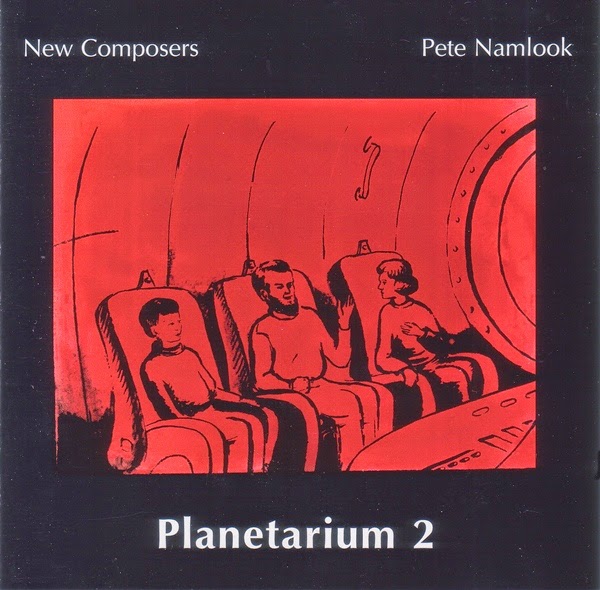 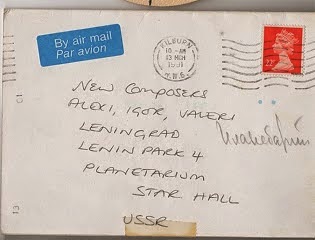 Q: Most of the musicians I've spoken to who have worked with Pete talk about a live situation, where you go in, the tape is rolling and you make music very spontaneously. Was that your experience of working with him? Who tended to do what?

A: First we prepared our tracks in Russia at our home studio and then brought the ideas to Pete for his input. I often visited Pete in Hamburg in the '90s with the performances and Pete invited me to visit his home to meet him in person and work in his remarkable studios.

A: Pete was a super person.  A very good and interesting man. He even offered for me to collect his grapes in autumn to earn some additional money. I never took him up on this offer but very much enjoyed my time in Traben-Trarbach. Thank you!

Q: The track Waters of Love is an unusual one. It seems to have something unusual for Pete: a spoken word part that seems quite personal. What do you remember about that one?
Musika i slowa is also a great track but rather unusual. A sort of Kraftwerk meets opera. Did you organise for a vocalist to appear on that track?

A: The lyrics and vocals from Waters of Love were from Pete and Music and Words was our track from the '90s.  The topics are so different because they were written in different years and met up on our album, Planetarium. 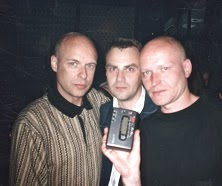 Q: The Smart album seems to be an exploration of atmospheric textures, accompanied by piano. Is that a fair assessment?

How did the collaboration with Brian Eno come about? Did you approach him or did he approach you? What was working with him like?

A: The Smart album was conceived as a project with Brian Eno. In 1997, Brian with family (his wife and two daughters) came to stay in St. Petersburg and lived there for six months. We had time to meet him and organised for him to visit our home studio a few times. 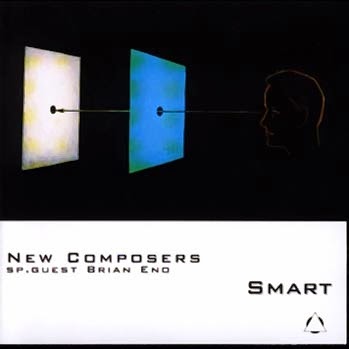 We dreamed that this album would be released on Opal but it ended up on Fax...and there was a slight problem because the CD was released before Brian Eno got a master. 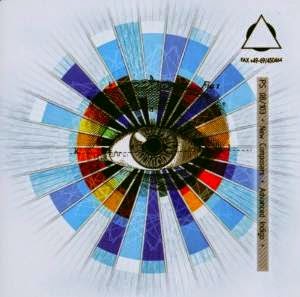 Q: Advanced Indigo is a beautiful record  and there are some unusual sounds on that one. It seems to blend

atmospheric sounds with a sort of folk music with the sitar, flute and duduk. How did the musical collaboration with S. Gasanov (player of previously mentioned instruments) come about?

A: Five million citizens in St. Petersburg and we have a lot of friends, who are musicians and we sometimes put together concerts in various genres and styles. Some of this music was to Pete's taste so he put out Advanced Indigo, which was a sort of ethno-techno something...

Q: Did you record Smart and Advanced Indigo in your own recording studio? Do you have your own home studio?

Q: Russian Spring is a real favourite of mine. Presumably the title is nothing political but is about the changing of the seasons? 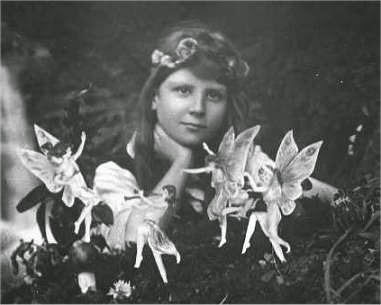 Q: It's a really dreamy, ethereal record and whenever I listen I always think of those old pictures of fairies in the garden. Was it Pete's idea to make the record light and dreamy like this or yours?

A: Yes. The Russian Spring is a very nice work. We think our best collaboration with Pete Namlook. At that time I moved to the countryside and the cover photo was a new view from the window of the studio, 150 miles away from St. Petersburg. 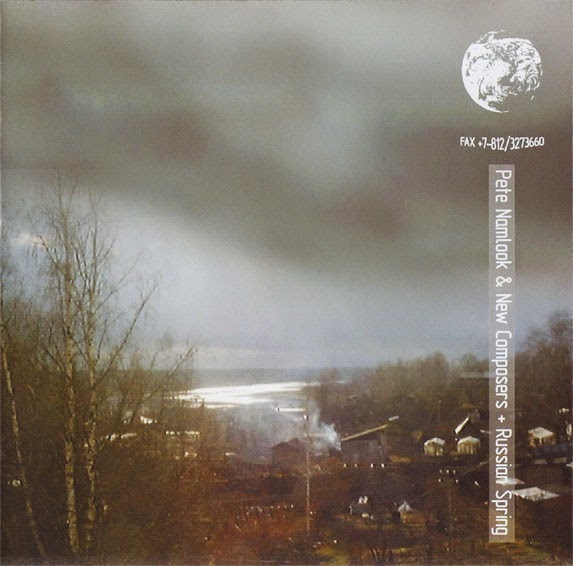 This album is about nature and ambient meditation, much as with Pete's life in Traben-Trabach. 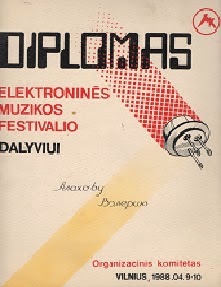 Q: I think I read somewhere that you are viewed as ambassadors for ambient music in Russia. What is the Russian ambient scene like now? Are there many acts making ambient music?

A:  Yes, we are the first group from Russia who had the experience of cooperation and collaboration with European musicians and publishers.

Unfortunately there is not really a place for an electronic and ambient scene in Russia. The musicians there are different. Most are working alone and there are no labels...the labels that were soon closed.

Some Russian musicians dispersed around the world. We are continuing to work here as we can and fortunately we are lucky that interest was expressed in our creativity from a new label to us: Psychonavigation. Thanks so much!

Q: And you have a new CD coming out on Psychonavigation soon (23rd March, 2015) called Boring Music. I'm sure it won't be boring! 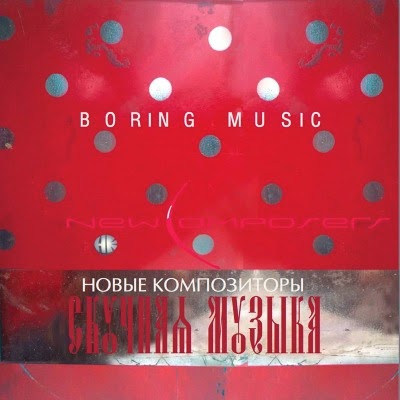 A: Boring music? No, rather sad because this album is without the participation of Pete Namlook. We undertook this project together, which was to be a continuation of the Russian Spring.

Boring Music: we dedicate to the good memory of Pete Namlook. It is boring without Pete! Thank you, the Master!!!

Thank you very much to the New Composers for very kindly taking the time to answer my questions and to Keith Downey of Psychonavigation Records for organising this interview. What better way to finish than with some more images of the Russian spring, as supplied by the New Composers... 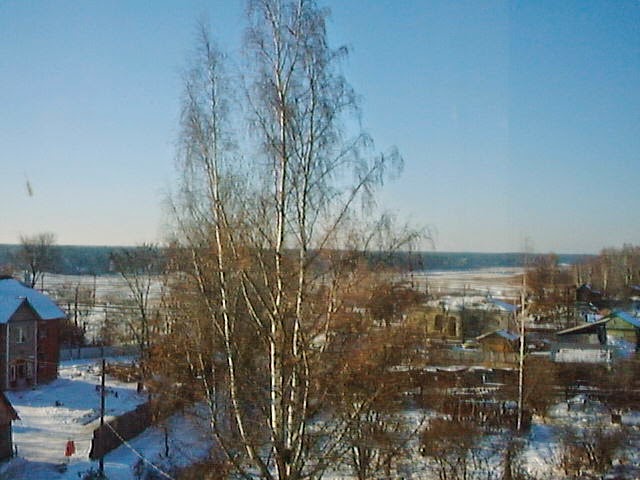 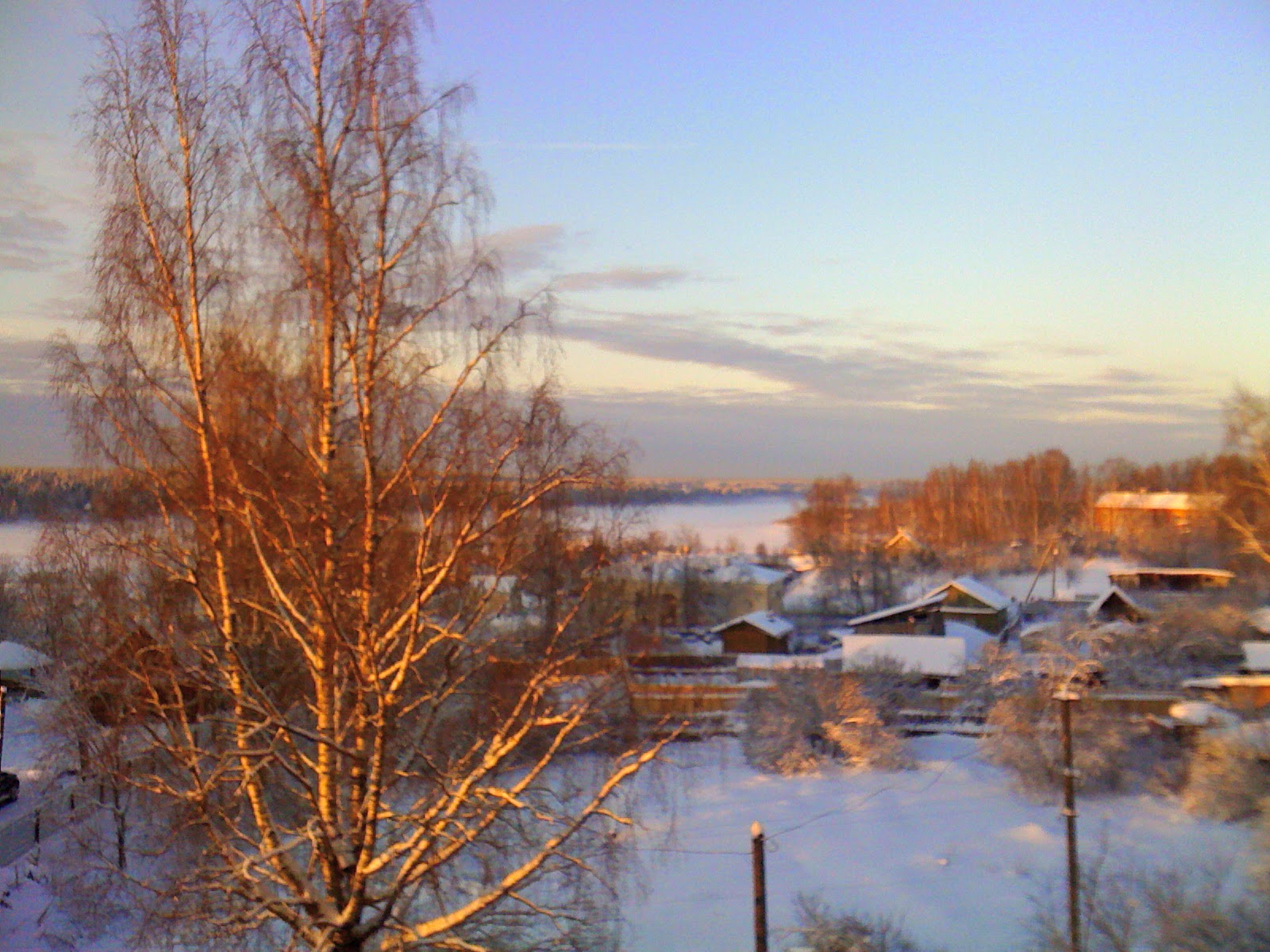 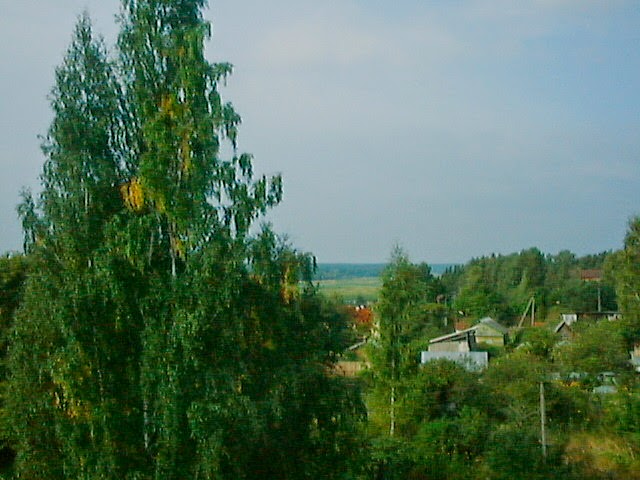 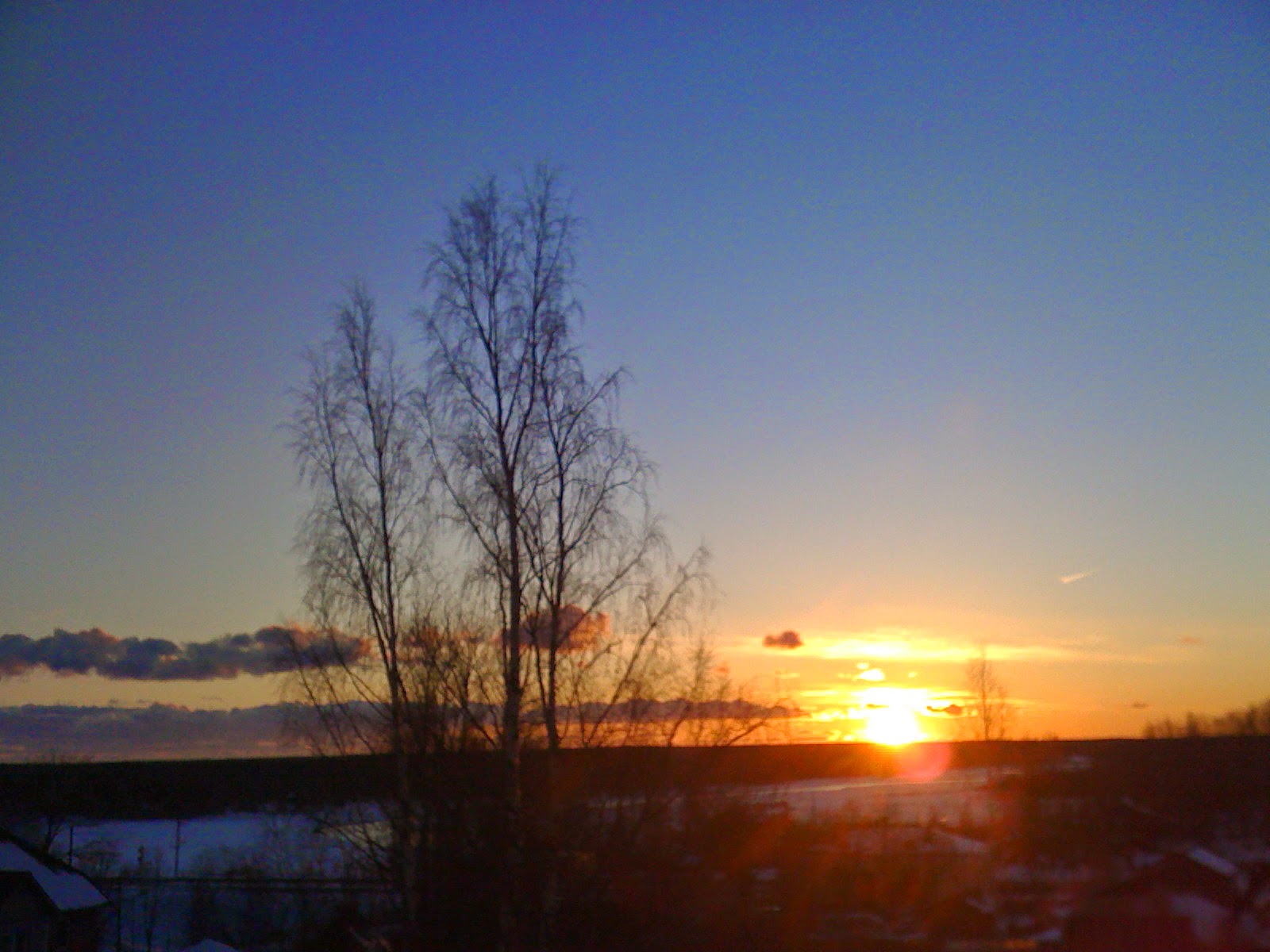 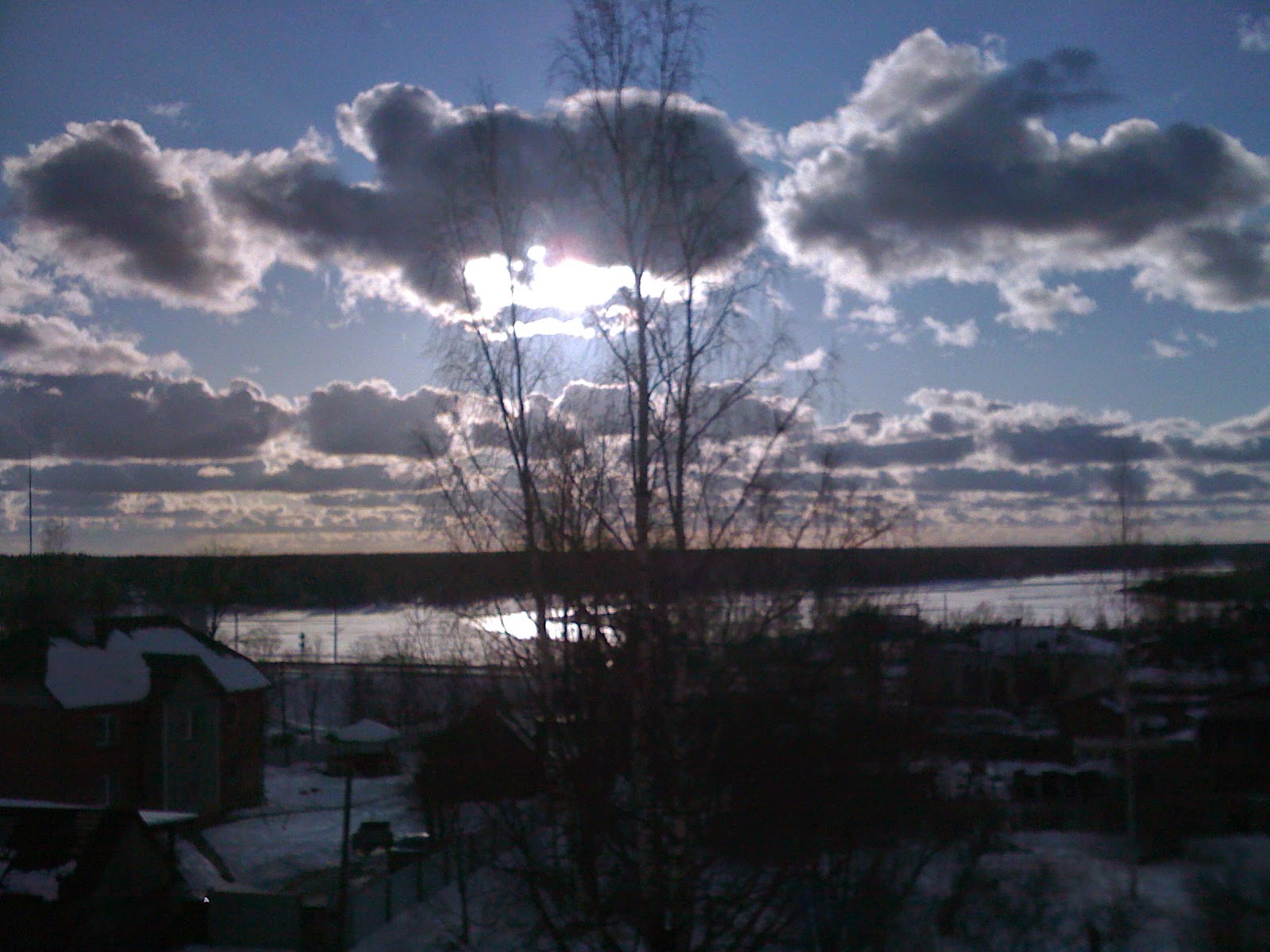 Posted by Christian Wheeldon at 09:00